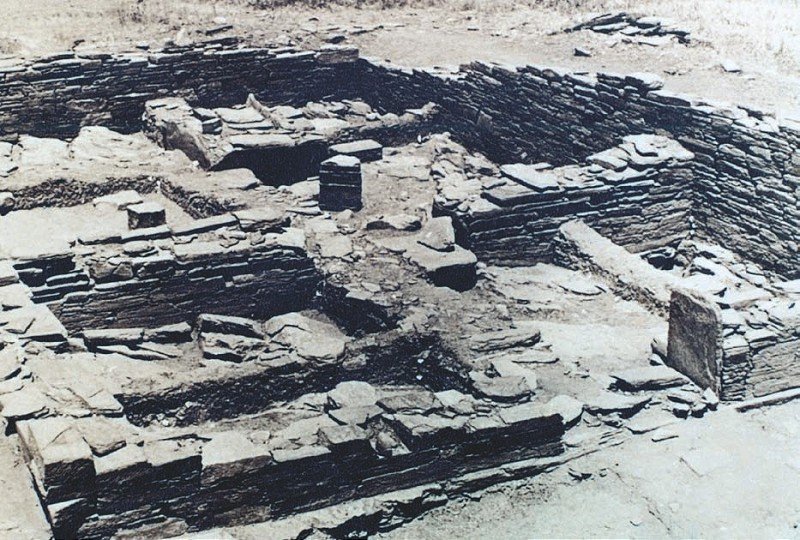 Geometric settlement of Zagora is located on the plateau of a peculiar and fairly steep peninsula, at an altitude of 160m. Already at the end of the 19th century, the Ephorate of Antiquities Antonis Miliarakis had spotted the settlement but the first excavations were made in 1960 by the Ephorate of Antiquities Nikolaos Zafeiropoulos. Extensive excavations, which brought to light a large part of the settlement, were conducted by Professor Alexandros Kambitoglou from 1965 to 1972.

Excavations revealed a large part of the geometric settlement (10th-8th century BC), protected by a strong wall to the region, 110m long. The entrance to the settlement was made of a large gate, reconstructed in the 6th century. B.C., when the temple was built.

The sanctuary, whose foundation dates back to the 8th century BC and continued to operate until the 5th century BC, although the settlement was abandoned around 700 BC. The temple, built around 575-500 BC, is a megalithon with a closed pronaos and a sail, which enclosed the old altar. Perhaps here Athena was worshiped. The findings of the settlement are displayed at the Archaeological Museum of Andros.

Small-scale fixings have been made in the archaeological site, mainly on the walls of the dwellings.