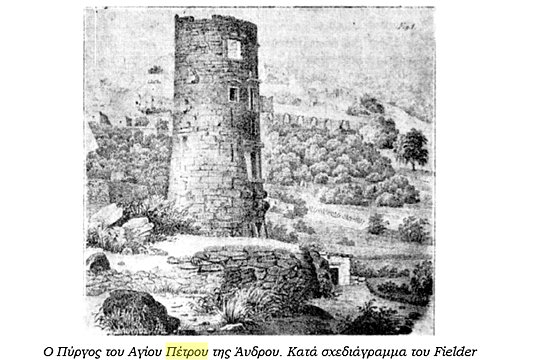 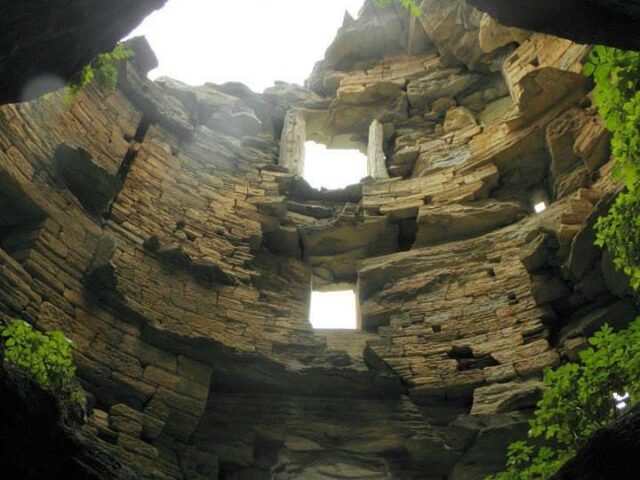 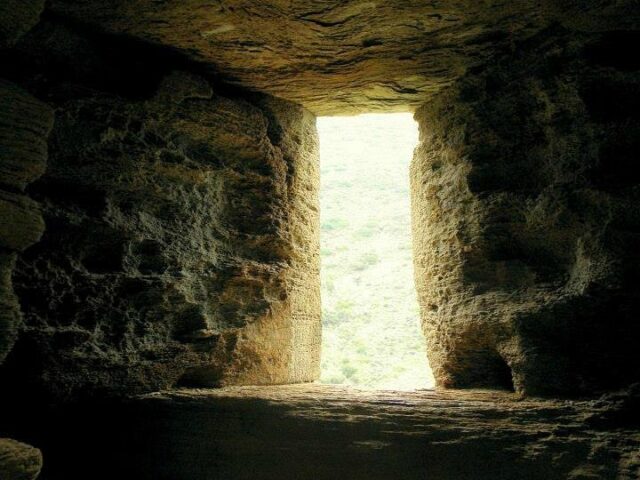 The tower of Agios Petros in Andros, of the Hellenistic era (4th-3rd century BC), is one of the best preserved in the Cyclades.

It is cylindrical and survives at a height of about 20 m. The diameter of its base is 9.40 m and it is made entirely of local slate. Inside, a spiral staircase leading to at least five floors has been preserved. At the top, there is an opening covered by a large stone. Just above the lintel, there is a trapdoor leading to the upper level. In addition, the inner wall is damaged in most places. Today there is no roof, and the upper part has been demolished. In its original form, it must have been 2-3 meters taller than it is now.

The tower of Agios Petros is built in a particularly privileged position since it dominates the plain of Gavrio on Andros and faces the sea with the possibility of controlling ships. Also around the monument, there are metal (copper) mining facilities, which operated until the beginning of the century. However, there are indications that similar operations were carried out in ancient times. Apparently, the role of the monument was to control the land and the sea.