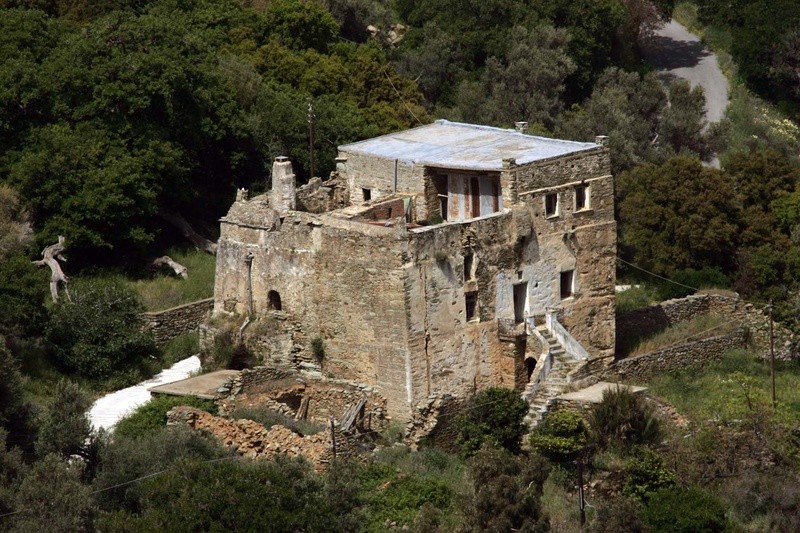 One of the characteristic architectural remains of the glorious past of the island is the lords tall square towers of the 17th-19th century, which were in the region. They have underground storage ares and many rooms, accessed via a moving ladder and a raised door. The oldest such construction is the three-storey Tower of Apatouria – Mouvela in Stenies, with the inscription “Stamatelos Bistis” on the facade (1734). Both the Tower of Bisti and the rest of the towers evolved after the 19th century and the development of shipping in today’s mansions, which are considered to be a more elaborate and carefree variation.

The building underwent three phases of reconstruction. The first one maybe begins in the 13th century. It was built in the ruins of a square tower, which was probably medieval and of course Byzantine. Its entrance was from the door of its basement. The windows were small and each one had “warmth” for protection (a construction that throws hot oil or water on the attackers). In the each side of the existing building, was built two walls for retaining which at the same time extended the area of ​​the tower. An auxiliary building was built on the roof, which was then turned into a dovecote building, closing both of its windows.