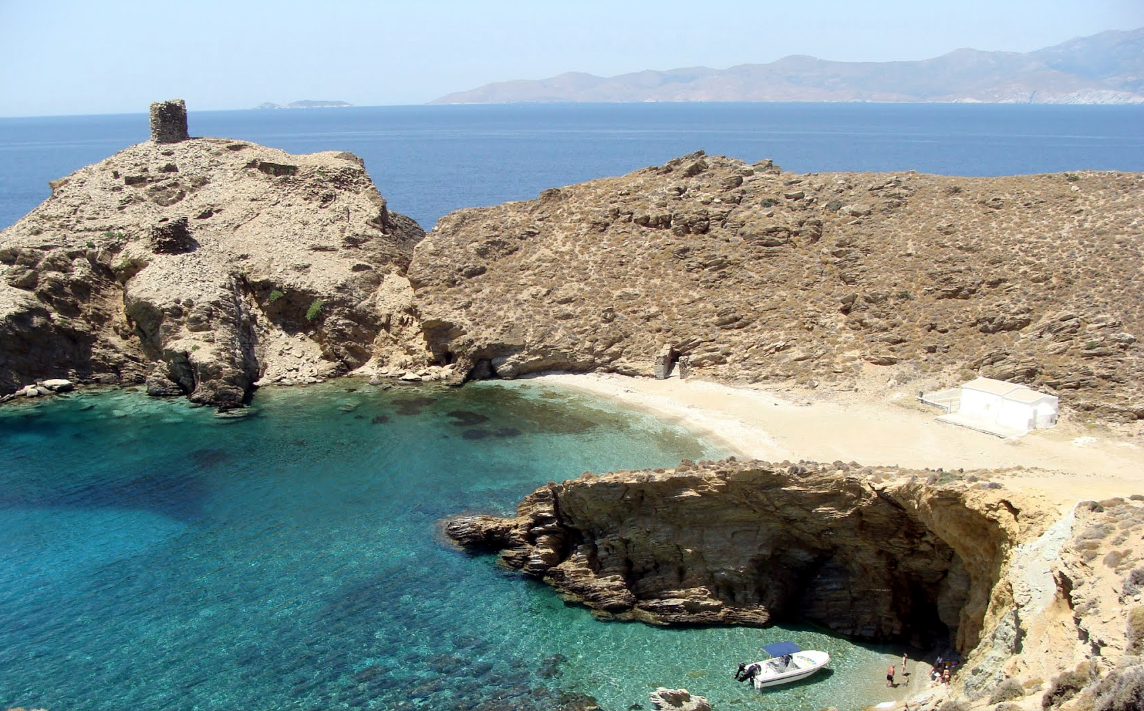 The northwest coast of Andros hides some of the island’s most beautiful virgin beaches. Although inaccessible the Beach Tower will reward you with its cool waters. Besides, the tower on its northwest edge – which gave its name to the coast – has great tourist and historical interest as it is one of the best surviving examples of Venetian architecture in Andros.

How to go to Pyrgos Beach

It is located on the relatively inaccessible as well as sparsely populated side of the island, the northwest and about 15 km from Gavrio. However, the route to Pyrgos Beach is for the most part a dirt road. Heading northwest to the harbor – in the opposite direction from Chora – you will meet 8 kilometers after the village of Myrmigies. From there, either by choosing the route from the village of Psoriariza or by going down to the coast through other alternative roads, starts the dirt section of the route that will take you to Pyrgos Beach. The same route will bring you near to two other neighboring Pyrgos and equally attractive sandy beaches, Beach of Kaminaki and Vlichada Beach. Pyrgos is a sandy beach, while the rocky segments of the beach are ideal for fishing by the coast or snorkeling.

The Venetians passed from here

The tower, which dominates the rocky northwest edge of the beach, is called the Tower of Ostodosia’s or commonly known as the Castle of Macrotadalo. It is the smallest of the three known Venetian castles of Andros and it has several similarities to the famous Kato Kastro of Chora. Marinos Dandolos (also known as Tantalos), Venetian commander of Andros during the 13th century, gave as a feud all this area along with that castle to his brother Marco, and so it was called (Macrotantalo).