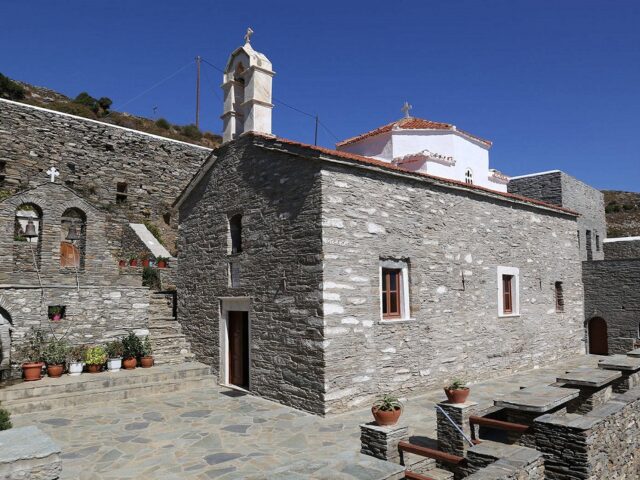 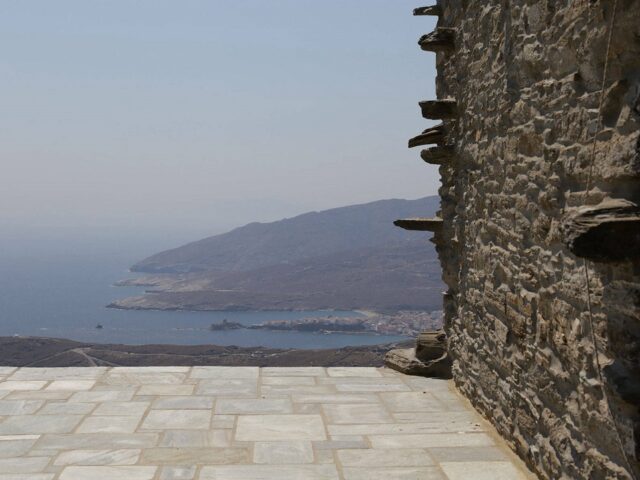 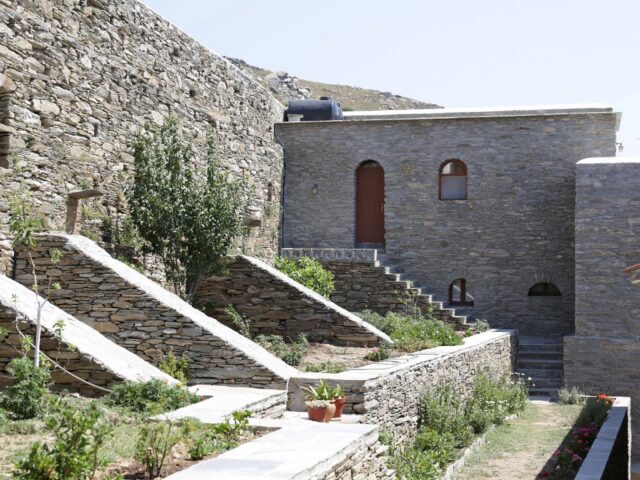 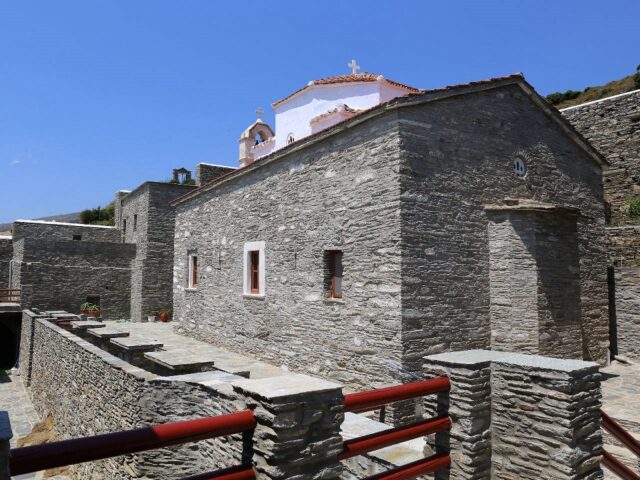 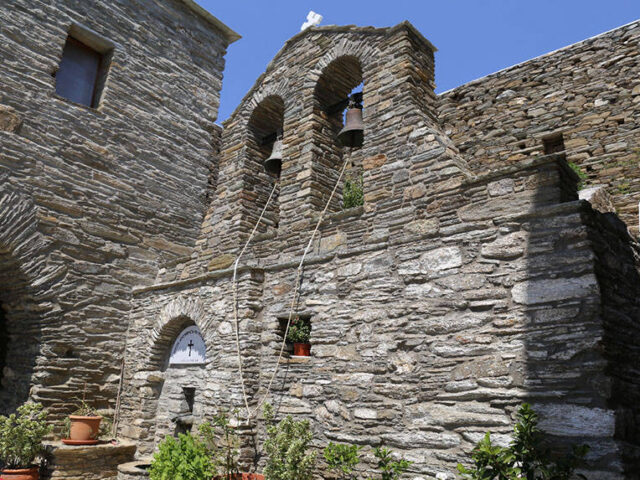 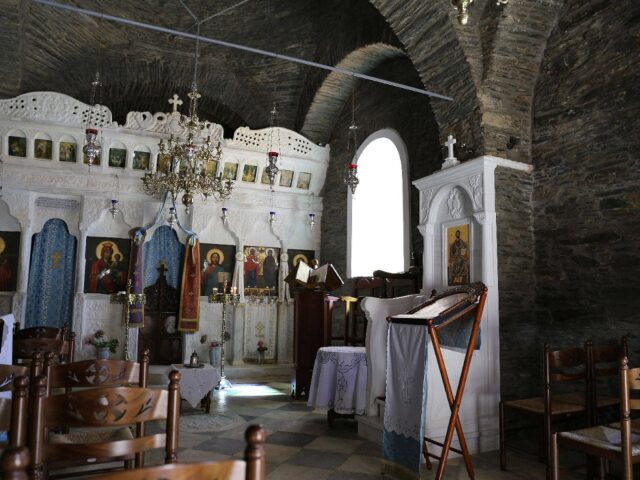 The Monastery of Agia Irini in Andros was built in 1780 in Apikia, by two brother monks with the surname Spyridou. In its heyday, it was operating as a women’s monastery and was truly one of the most important in Greece. Unfortunately, however, in 1833 the monastery was dissolved. The reason was the decree of Otto’s regency, which forced over 1000 monasteries in Greece to suspend their operation due to limited brotherhood. Subsequently, the regency seized the property of the monasteries.

After the dissolution of the monastery and as there were no people to look after it, it slowly began to deteriorate. The areas around the perimeter of the church began to crumble. The church also suffered considerable damage, but it managed to survive over the years. After more than 100 years, and specifically in 2006, Captain Eleftherios Polemis bought a 13-acre estate. This land included the Monastery of Agia Irini in Andros, which of course, by then, was literally deserted. Just 10 years later, Polemis and his family restored and recreated the buildings of the monastery. With respect to history, they kept the original structure of the church so that it would continue to radiate the nobility of the past.

Nowadays, the monastery has a lot of important work to show and is definitely worth a visit.

The following museum collections are open all year round: