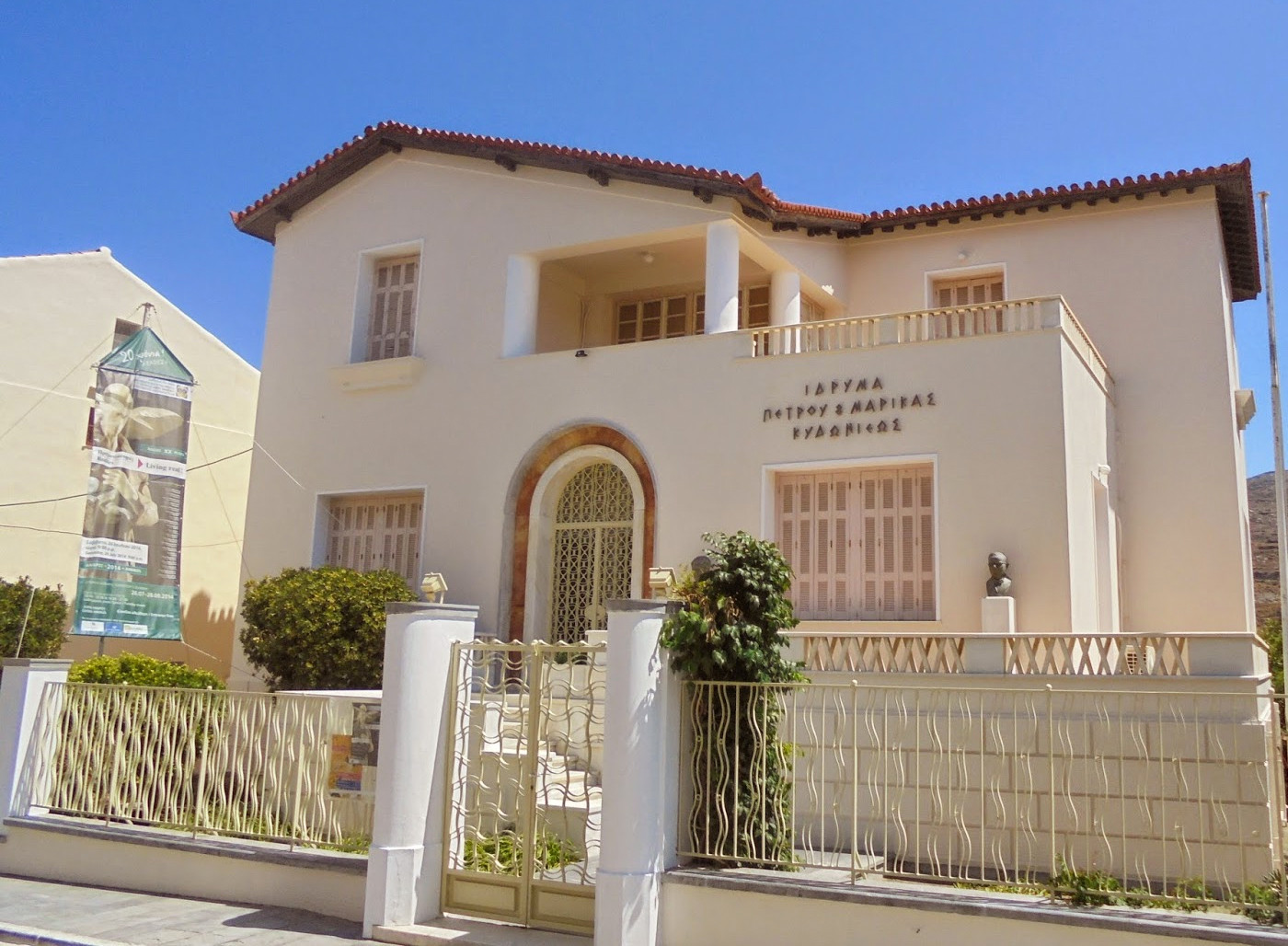 The Kidonieos Foundation was founded in 1994 by Petros and Marika Kidonieos. It is housed in a magnificent house architectural sample of the interwar period. Its interest focuses on plastic arts, music, theatre, and literature. The Kydonios Foundation is a public benefit foundation that was established to operate a cultural and spiritual center in Andros.

The Foundation’s goal is the promotion of cultural things inside and outside Andros and in this context, it presents art in its broadest form without giving priority to the Greek space and in the fields of visual arts, music, literature, theatre, and other forms.

The course of the Foundation is based on two parts, one is a constant offer to the world of Andros, with the aim of the spiritual and cultural way out of the place at times when attendance on the island is limited and the second part are the events that take place during of the summer season.

• An equipped Ceramics Workshop for children and adults has been operating since 1997. Classes are offered free of charge to students.

• Since 1998, lessons in Musical Instruments (mandolin, guitar, piano) have been delivered for children aged 7-18. Both the provision of the instruments and the courses are offered free of charge.

• Since 1994, Byzantine Music lessons have been given to children and adults. Classes are offered free of charge to students.

As part of an effort to financially and morally support the graduates of the Lyceum of Andros who succeed in the entrance exams to Higher Education Institutions. Petros and Marika Kidonios Foundation has established the institution of Scholarships. From 1997 until today he has been awarded a total of 26 scholarships.