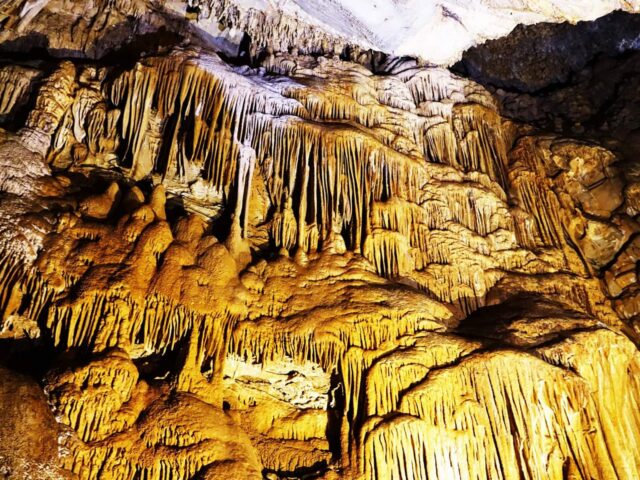 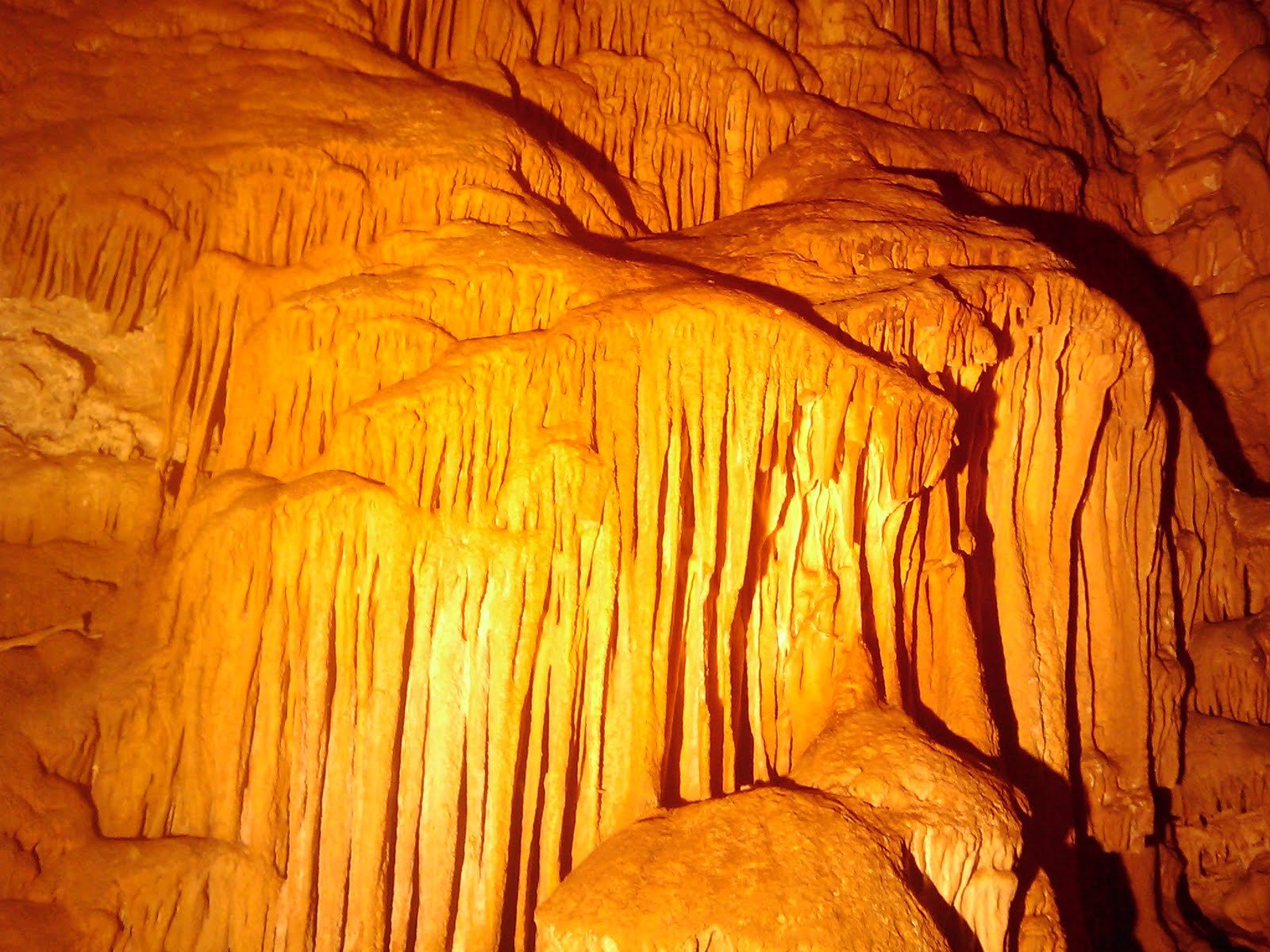 The “Foros” cave is located in the village of Aladinou in Andros and is 4km from Andros Town. It occupies an area of ​​about 500 sq.m. and is one of the first caves that have been discovered  in Greece. Number 15 in the relevant list of E.S.E. The tour starts from the old bridge, built-in 1680 AD by the Epirote chief master Kitsos Zoi and his guild. The path to the cave is 300 meters, in a traditional paved cobbled path.

At the entrance of the cave, the guide will provide you with the necessary equipment for a safe tour. You will receive a helmet and a flashlight. For your own comfort, it would be desirable to wear closed shoes and have a long-sleeved blouse with you. At 150 meters of the route, the visitor has the opportunity to enjoy an aesthetic spectacle. Massive columns create labyrinthine compartments. Many stalactites and stalagmites decorate its eight chambers while in many places there are stony water basins and cave pearls.

The cave offers a sense of adventure since the visit to it is done in groups of 6 people, with the provision of a helmet and portable lighting as well as a guide. All the above classify it as one of the most important sights of Andros. Life penetrated into the cave of Aladino, developing unique life forms perfectly adapted to the darkness and the minimal food.

The cave and the history

The name of the cave “Foros” corresponds to two stories. Firstly, the name comes from the Italian word “foros” which means “opening”. The second story refers to the superstition of the inhabitants, as when animals fell and were lost, they believed that they were paying taxes in this way, in order to appease the evil spirits.

The first exploration of the cave was made in 1937 by the couple Ioannis and Anna Petrocheilou. By order of the Hellenic Speleological Society (ESS) in 1982, a complete mapping was carried out by A. Petrochilou and S. Diakogiannis. It is the 15th recorded cave in Greece, in the official chronological list of caves discovered by the Hellenic Speleological Society (ESE).