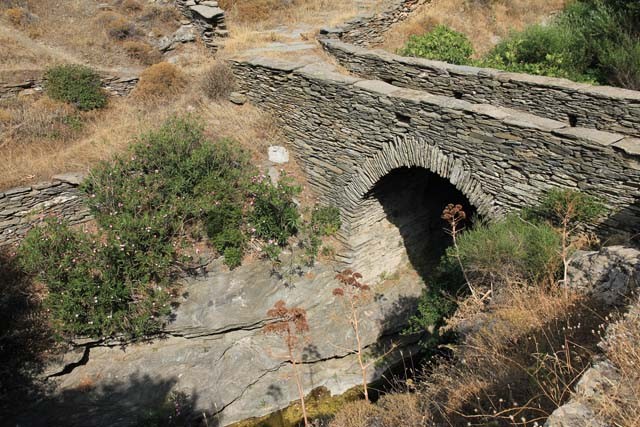 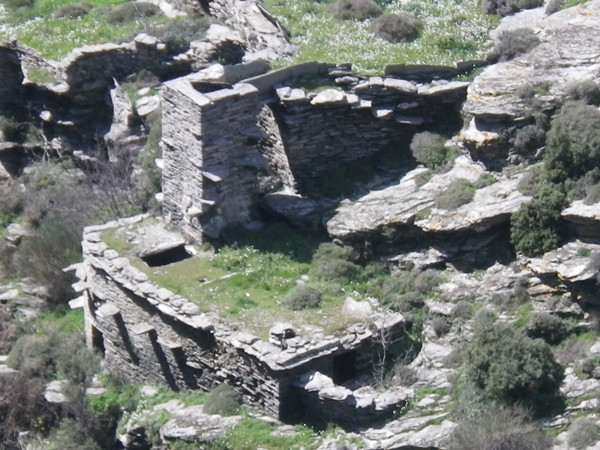 Dipotamata is one of the most beautiful places on the island of Andros, an earthly paradise with lush vegetation, old watermills, stone bridges. It is a river of great natural beauty, about 7 km long, in the southeastern part of the island. Between Syneti, Paleokastro and Kochylos. It is part of the route taken by those who wanted to go from Chora to Korthi and vice versa. In fact, until 1950 this was the only way of communication.

The natural environment in Dipotamata has remained unchanged for the most part, because the traffic has been stopped for the last 35 years. The vegetation is very dense. Oleanders, spruce, mulberries, figs, wild oaks, wild shrubs, reeds, mulberries, blueberries, myrtles, wild mint, mint, wicker, ivy. The whole ravine is a refuge for many animals such as weasels, badgers, hares, snakes and birds (mainly partridges).

The ravine is crossed by a wide paved cobbled path. At the point where it intersects with the river, there is an arched bridge and from time to time there are small fountains – troughs. Other narrower climbing paths connect the other villages in the area with the fields and groups of watermills that served them. Also, apart from the paths, the fences – dry stones, the watermills and their auxiliary buildings, there are barns, stables, cognacs, agricultural warehouses, threshing floors and chapels. But the most important buildings in the area are the 22 watermills. They have been made by skilled and famous in their time stones of the island.