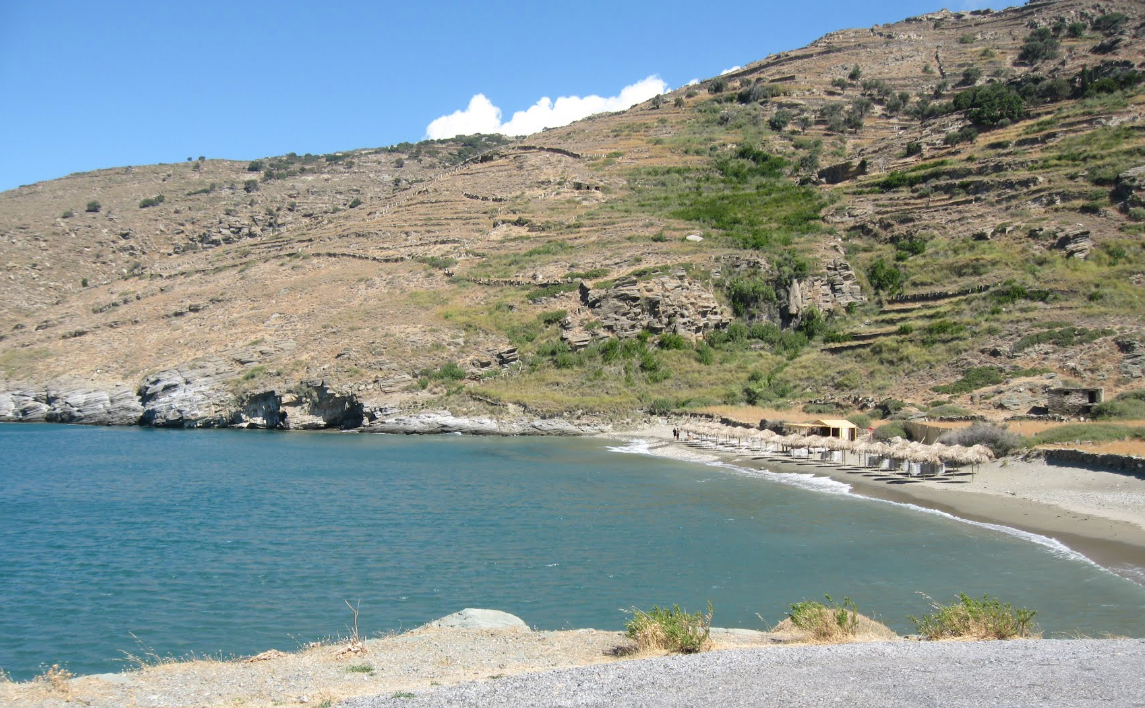 Chalkolimionas Beach is located almost in the center of the west coast of Andros. About 24 km from the port of Gavrio and 12 from Chora. It is a fairly large beach with sand and pebbles that is easily accessible. The road leading to the beach is paved to the sea.

How to get to Chalkolimionas Beach

The beach bar that opened in recent years stands out at its western end. You will find how easily accessible the beach is through the paved road that descends winding to the sea. It should be noted that the morphology of the soil and the location of the beach creates conditions for its protection from the north winds that blow in the area.

Chalkolimionas is pretty sandy and is surrounded by rocks ideal for fishing. From the beach, you can also gaze at the ships of the line. They pass far away while in the background when the weather is good, Tzia, Syros, and Gyaros can be seen. The waters are crystal clear and cool while holidaymakers can quench their thirst from the adjacent canteen.

The area of ​​Stavropeda is known for the many important archaeological treasures that have been discovered there. This is the adjacent archaeological site of Strofilas. The largest Neolithic settlement in the Aegean but also the geometric settlement of Zagora. Very close to Chalkolimionas Beach, it has been found that mines operated from antiquity until recent years.