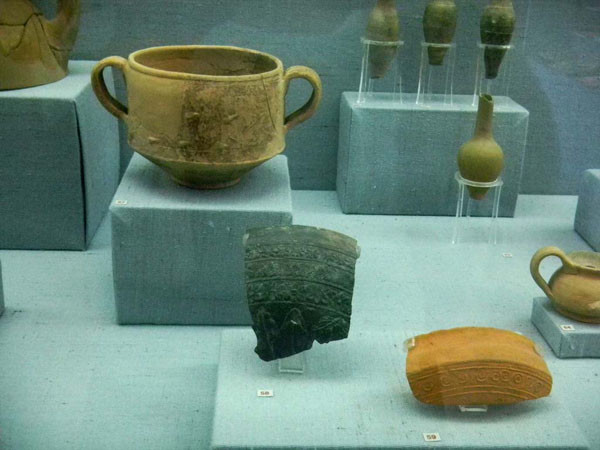 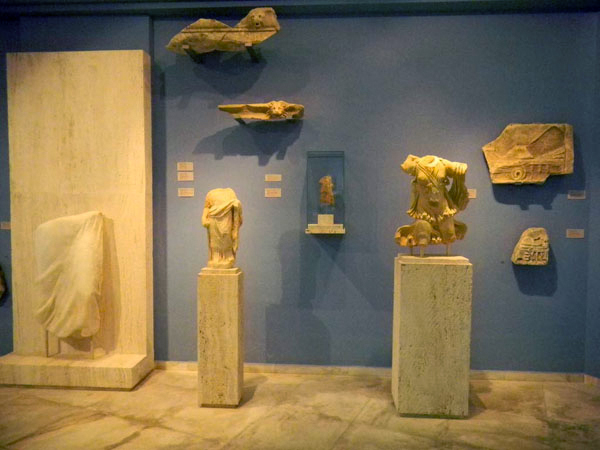 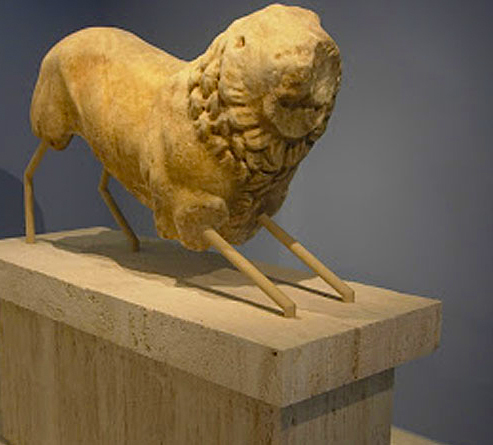 The Archaeological Museum of Paleopolis in Andros is housed in a building of the Paleopolis community, sponsored by the Basilis & Elise Goulandris Foundation. Its collection includes sculptures, statues, coins, and inscriptions. Those were found during excavations at the site of the ancient capital of the island, today’s Paleopolis.

Archaeological Museum of Paleopolis – The exhibits

The museum has important exhibits such as the marble sculptural complex of the mythical winged horse Pegasus with his rider, Bellerefontis. It is an architectural sculpture, a cape of a temple found in Paleopolis. It dates from the late 6th to early 5th century BC. There, you will also see the life-size marble lion. It is a funerary sculpture, found in the cemetery of ancient Andros, dating from around 320 BC. Finally, the marble statuette of Artemis of the Hellenistic era dates to the 3rd century BC.

Most important of all is an inscribed marble plaque that preserves 178 verses from the hymn in honor of the eastern goddess Isis. The goddess is praised as a terrestrial, celestial, and sea goddess. It dates back to the 1st century BC. The Archaeological Museum of Paleopolis is located in the center of the settlement of Paleopolis. It is about 15km away from Gavrio and 20km away from Chora.